At least five people have died in an attack on a Mogadishu hotel by Somalia’s al-Shabaab rebels that was stopped early Monday by security forces, according to the Somali police force.

The siege of the Afrik Hotel ended after a gun battle that lasted for more than eight hours, and all four rebel attackers were killed, Somali police spokesperson Sadiq Adan Ali said.

The rebels exploded hand grenades and rocket-propelled grenades in their attempt to repulse the police forces, who were closing in on them, he said.

In addition to those killed, 15 people were injured and have been hospitalized, health authorities said.

Al-Shabaab claimed responsibility for the attack through its Andalus radio and Somalimemo website. 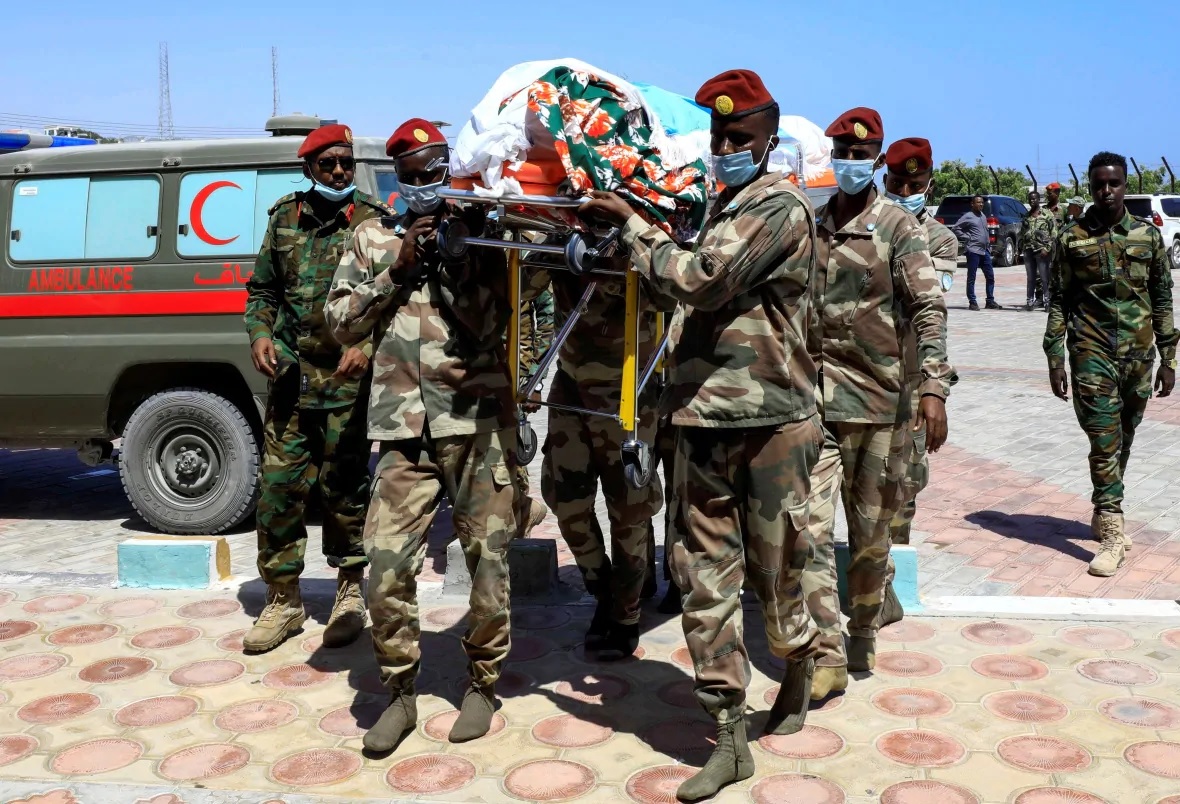 Among the dead are retired army general Mohamed Nur Galal, who lived in the hotel. Another general and more than 100 civilians were rescued from the hotel, which is near the strategic K-4 junction on the road to the capital city’s international airport, Ali said.

The road leading to the airport was reopened Monday morning, and forces were cleaning up the destruction caused by the explosion of a vehicle at the entrance to the hotel that started the attack on Sunday.

Somali President Mohamed Abdullahi Mohamed and the country’s prime minister condemned the attack and sent their condolences to the families of the deceased.